Continuing my coverage of historic Route 66, this spotlight is on a star Texas site…  the famous Cadillac Ranch.   Once you pass thru Amarillo heading west long I-40, the “ranch” can be located easily just a few minutes outside of Amarillo.    I toured the “ranch” on a very hot, humid July day.   Swirling black clouds could be seen in the big Texas sky and gusts of wind were kicking up constantly with a little dust mixed in.

Officially the “ranch” is located just off I-40 but the road is the same path that the old Route 66 ran for so many years.   The Cadillac Ranch was first established in 1974 (during the waning years of Route 66) when it was created by Chip Lord, Hudson Marquez and Doug Michels.   The men were part of an art group called Ant Farm, who were focused on the decline of the tailfin on the Cadillac automobile.  The cars were half-buried with front-end in the ground and at an angle that matched that of the Great Pyramid of Giza in Egypt.   The “ranch” is located on private land owned by millionaire Stanley Marsh 3, who is also the patron of the art exhibit, where spray painting is considered a tradition. 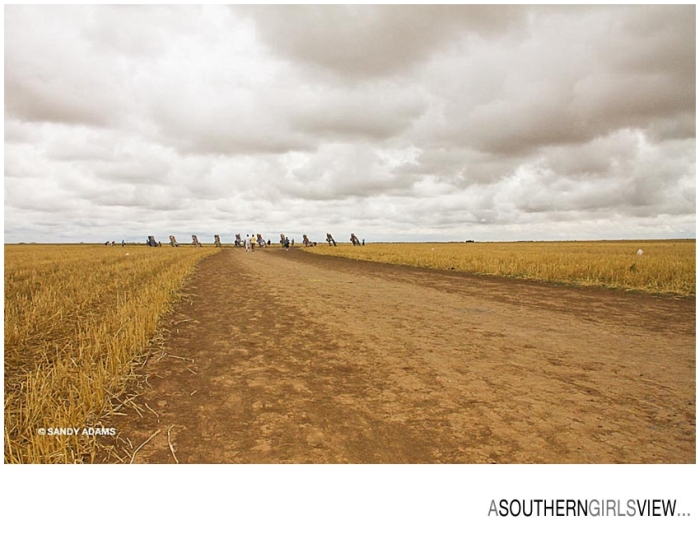 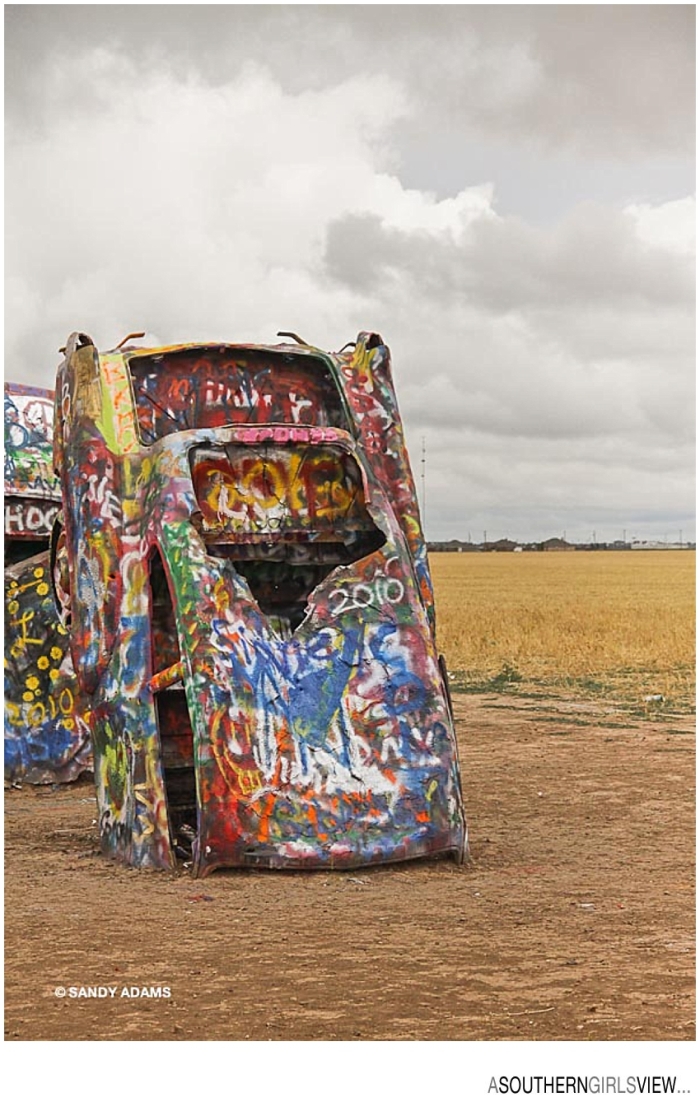 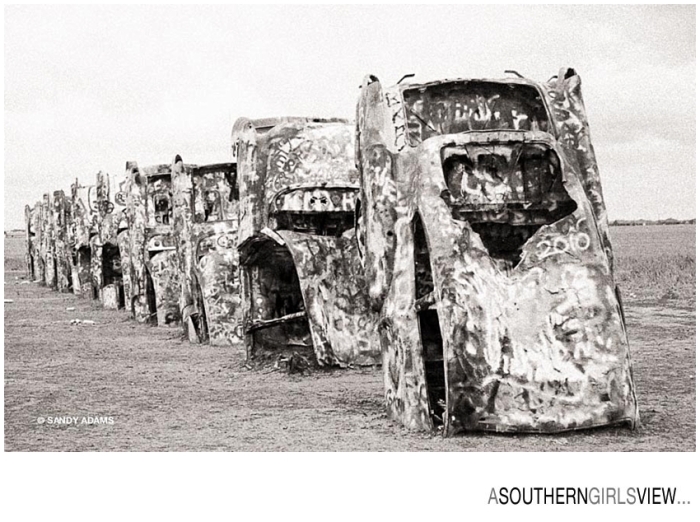