Just a little under a hundred miles inside the southern border of Colorado, sits the Great Sand Dunes National Park.  We had just left Taos, NM early that morning bound for Denver and I had hoped to make it before nightfall, but when I saw the Sand Dunes listed on the map, I decided the extra miles would be worth it.    The dunes are a sight to behold and almost appear to be an unreal in the shadows of the Sandre de Cristo Mountains.

The first recorded written account of the dunes appeared in the journal of Zebulon Pike.   He wrote on January 28, 1807;

“After marching some miles, we discovered … at the foot of the White Mountains [today’s Sangre de Cristos] which we were then descending, sandy hills…When we encamped, I ascended one of the largest hills of sand, and with my glass could discover a large river [the Rio Grande] …The sand-hills extended up and down the foot of the White Mountains about 15 miles, and appeared to be about 5 miles in width. Their appearance was exactly that of the sea in a storm, except as to color, not the least sign of vegetation existing thereon.”

The Gold Rush that began in 1853 threatened the very existence of the dunes.  President Hoover officially made the dunes a national monument in 1932 and the dunes became a national park in 2004.   The landscape around the park is just vast and amazingly beautiful.   I even caught sight of a few young elk grazing beside the edge of the road.  Since it was July when we visited (with Lil Lucy) the sand was fairly hot and Lucy was not so keen on it. 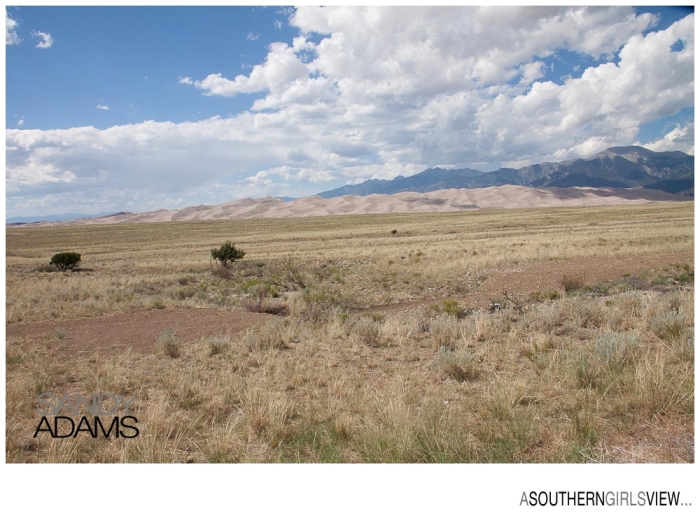 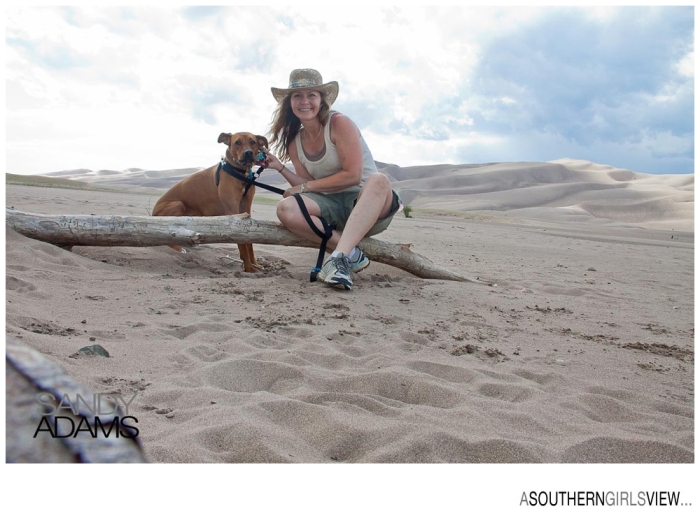 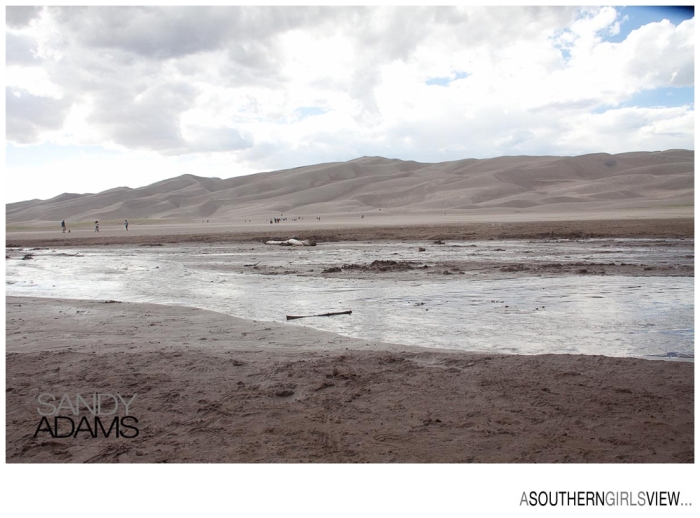 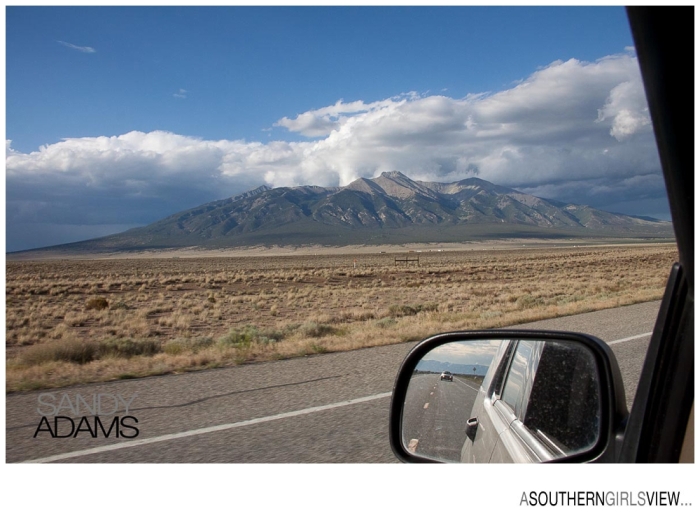