Wednesday, September 19, 2012 will be long remembered for the beautiful site in the Houston skies.   Houston, specifically Clear Lake, is home to NASA’s Mission Control… remember those faithful words uttered by Tom Hanks in Apollo 13?  “Houston… we have a problem”   Almost everyone I know here has some connection to NASA and I pass by  the Johnson Space Center almost every single day.   It is a nondescript property with several office looking buildings and a couple of jets parked outside the entrance (on display).   But what has gone on in those buildings and in this community since the space race began has been extraordinary!   Houston has felt the direct impact of the successes, the failures and the deaths of those faithful few.   I still remember the day that Challenger exploded, but this community felt it most of all.  So it was especially heart breaking when Houston was not chosen as a final resting place for one of the remaining shuttles.  As a last-minute gift, Kennedy Space Center gave us, here in Houston, the mock shuttle but it was bittersweet gift.

But last Wednesday morning, the shuttle Endeavour, on its way to California, stopped in Houston to say hello and spend the night.   The shuttle was flying piggyback on a boeing 747 jumbo jet and fly it did.   For almost an hour or so the jet, with shuttle atop, flew very low all over Houston so that everyone here could witness history.   It was amazing to look out my balcony and see this huge jet with shuttle atop flying very low over the house tops with fighter pilot escort.

The shuttle and ride eventually landed at Ellington Airport (currently owned by City of Houston and used by Texas Air National Guard, Texas Army National Guard and the US Coast Guard).   Ellington has a long history of use by NASA.  The airport opened up to the public so we could see the shuttle up close (we could get at least 100 ft from the shuttle).   The day was just gorgeous and not too terribly hot.   It was a great day to see a beautiful piece of history, if only for a night. 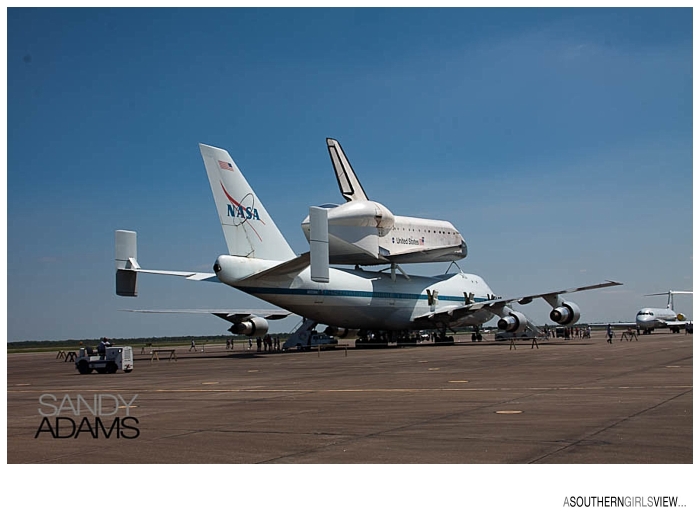 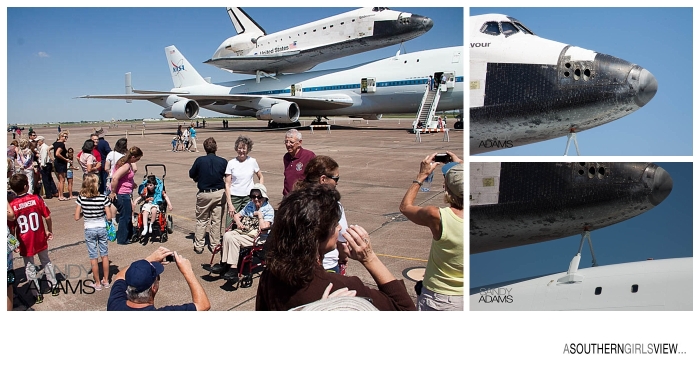 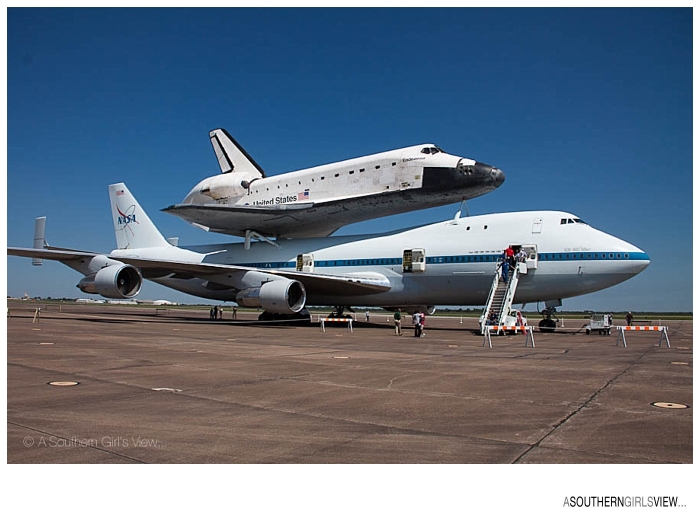