I was born just a mere 35 days before Dr. Martin Luther King Jr was assassinated in Memphis, Tennessee on April 4, 1968.   My home was a short two hours away from the city that will forever be linked with Dr. King’s death.   So close, yet so far away from the civil rights movement picking up speed in so many southern states and across the nation at that time.  I am not really sure when I first learned about Dr. King, however, when I moved to Memphis to start my freshman year in college, the Lorraine Motel (site of his death) was the first place that I visited.  In 1986, the Lorraine Motel was a deserted, boarded up motel with weeds growing up around it.   Today, the area is an amazing tribute to Dr. King and the Civil Rights Movement.

In early April 1968, Dr. King had come to Memphis to help the Memphis Sanitation workers in their strike for better wages, better working conditions, and better treatment.  But, Memphis was also the location of one of the greatest speeches this country has ever heard.  On the evening of April 3, 1968, Dr. King and his supporters gathered at Mason Temple, just south of downtown.   It was at Mason Temple that Dr. King uttered those now famous words… “I have been to the mountaintop”.   Sadly, in my 18 years calling Memphis home, I never made the time to visit Mason Temple, so I decided now was the time. 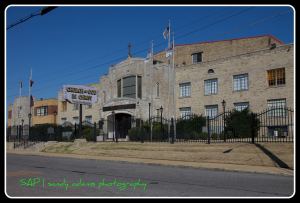 When I tour historic places I always try to imagine how the people must have felt there on that specific day and what they saw and the thoughts going through their minds.   So, as I drove through some of the poorer neighborhoods of south Memphis, I tried to set the scene in my head of those days in April 1968.   Mason Temple was much smaller than I ever imagined, but a very neat and lovely church.  Still the same size, but now it is also the world headquarters of the Church of God in Christ.   I parked in a deserted lot across the street and just sat there for many seconds just staring at this place that will forever live in history.   A security guard was walking outside the church watching a mechanic work on a car.   I approached them with my big southern smile and asked if I could take some photos of the church and grounds and they kindly said yes.   The day was a perfect Memphis day – warm weather with just a slight breeze coming off the river and a faint dotting of white puffy clouds in the sky.   Children were getting off a school bus in the distance and you could hear their laughter through the afternoon breeze.   I walked around the front of the church and just soaked everything in.   I shot several photos and then made my way across the street to my car, waved to the two men and said thank you.   But, then the mechanic stood up and asked me if I had been inside.  I said no.  He then told me to go have a look and directed me to the door.  I was so excited!

I have been inside many churches, both here in the US and overseas, however, this church was just a little different – so historic and so close to my history that it gave me goosebumps.   I made my way inside the church to the information desk where the nicest lady (Ms Griffin) greeted me.  I explained that I was visitint from Houston, but used to live in Memphis, although I had sadly never visited the church before.  We talked a bit about the fact that so many people fail to learn and appreciate the historic spots in their own hometowns.   I signed the register and she gave me permission to take photos inside the sanctuary.    I made my way down the hall and through the door where I found myself completely and utterly alone. 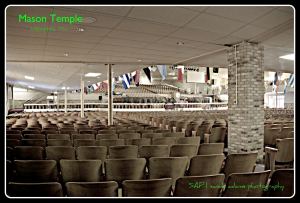 I just stood there in the back for several minutes listening to the silence and in my head replaying Dr. King’s speech – just trying to imagine the place filled with so many people, news crews and Dr. King.   I made my way to the front and sat down in one of the pews right in front of the pulpit and again just listened to the silence.   Finally, I got the nerve to go up into the pulpit.   I stood behind the microphone and looked out into the sanctuary (first image below) as Dr. King had done on that prophetic evening of April 3.     Wow! What an incredible moment that was to stand there in that spot where a simple man gave a simple speech that was both prophetic, inspiring and galvanizing to a nation.  Although it was the last speech Dr. King ever gave – he was assassinated the next evening on the balcony of the Lorraine Motel – Dr. King’s spirit, voice and words will never be forgotten nor his impact on this city and the nation. 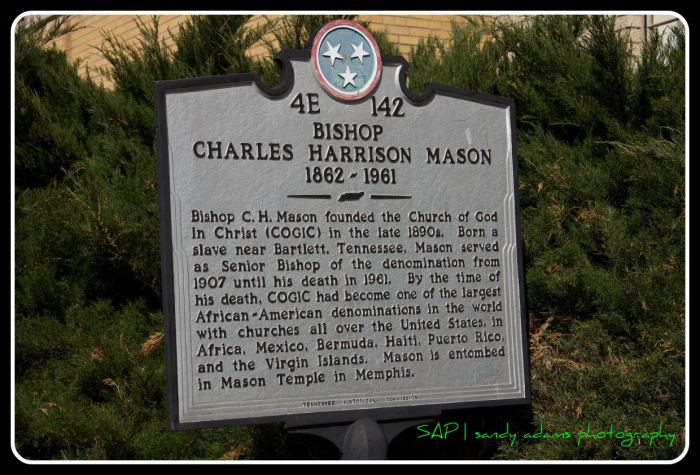 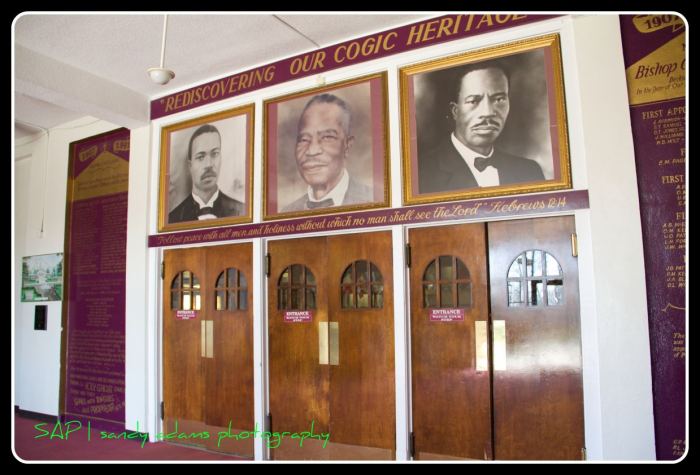